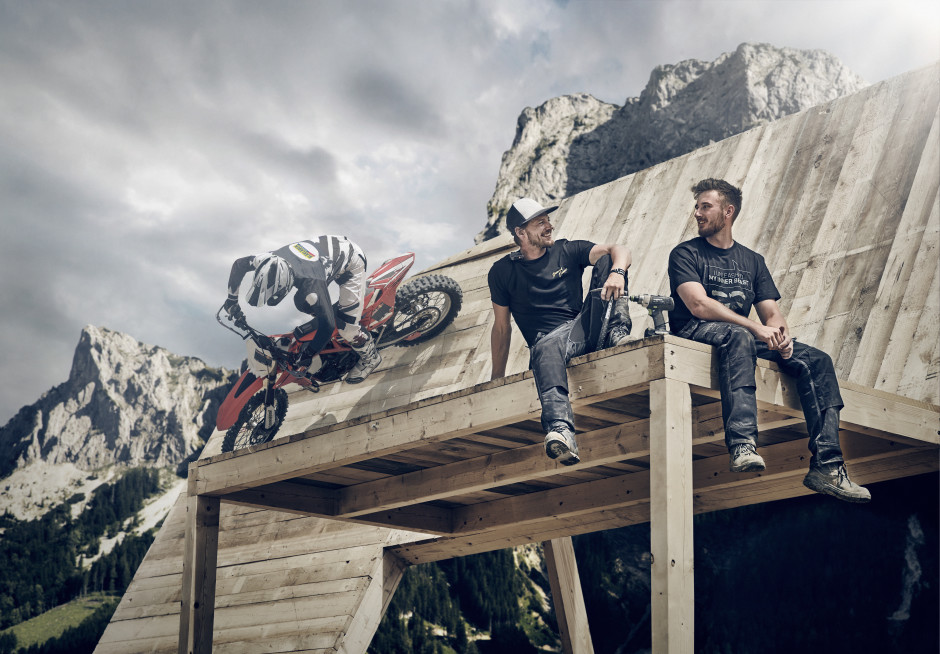 Put one of the history's most successful male alpine skiers in the world's most extreme enduro race, and you get one hell of a thrilling combination. Between the 16th and 19th of June, Marcel Hirscher will join the motorbike offroad elite in Red Bull Erzbergrodeo, a long time Blåkläder collaborator and legendary race that is truly and uniquely tough.

He is, without a doubt, one of the most dominating figures that the alpine skiing sport ever had. Winner of a record eight consecutive World Cup titles, Marcel Hirscher also have 11 medals at the Alpine Skiing World Championships, seven of them gold, a silver medal in slalom at the 2014 Winter Olympics, and two gold medals in the combined and giant slalom at the 2018 Winter Olympics. On top of this, he has won 67 World Cup races, ranking second on the male all-time list.

The Red Bull Erzbergrodeo is one of the most challenging and spectacular enduro races globally and the largest of its kind in Europe. The equipment of the 3,000 participants and the organization crew will again reach the limits of their physical endurance at this year's edition. It is, as always, obvious for Blåkläder to support this myth of the motorsport scene as a sponsoring partner. Blåkläder provides reliable equipment, so that the drivers and teams can go for the action.

Entering the Red Bull Erzbergrodeo, Marcel Hirscher will embark on a new and totally different adventure.
- For me, it's all about experiencing this challenge that actually seems impossible. The journey itself is what it's all about, and I will try to have as much fun as possible at the race. Every checkpoint I manage is a success, exactly the experience I'm looking forward to, says Marcel Hirscher.

The world's best motorbike off-road riders will face the "Iron Mountain" and fight for important world championship points at the third stop of the FIM Hard Enduro World Championship. Still, we know it better as Red Bull Erzbergrodeo, the world's most extreme enduro race.

The battle for the prestigious Erzberg Rock Cup will be fought between the factory riders and their competitors from private teams. In total, riders from 40 nations and all continents will be at the start of the Red Bull Erzbergrodeo 2022. The participants come from all over Europe, from the USA, Canada, Australia, New Zealand, Mexico, Ecuador, Japan, South Africa and even Iran - and will turn the tranquil region around the Erzberg into the epicentre of the international motorbike off-road sports scene for 4 days.